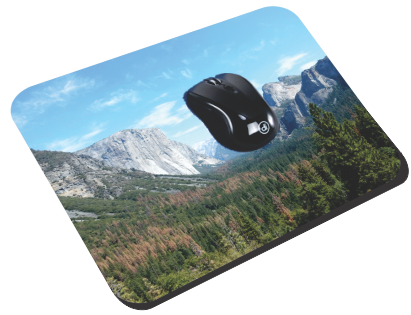 Harvey thought he would like to share the memories of his travels with his friends. He decided that a “Mouse Pad” (maybe he should call them a “Wompad”) would be a good way to do that. Here is one showing one of his favorite places. Yosemite National Park! Yosemite National Park is an American national park in the western Sierra Nevada of Central California. Designated a World Heritage Site in 1984, Yosemite is internationally recognized for its granite cliffs, waterfalls, clear streams, giant sequoia groves, lakes, mountains, meadows, glaciers